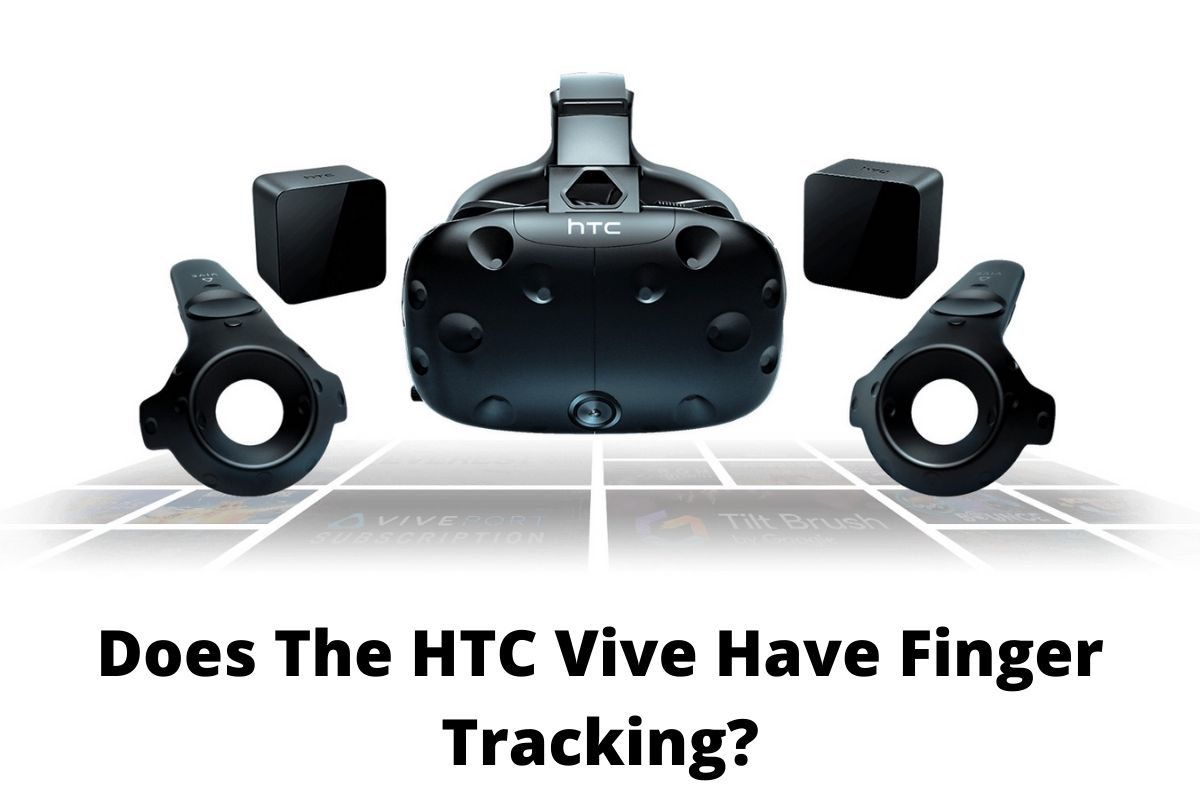 HTC Vive is an excellent VR device that has been reigning in the virtual world for many years. It is an uneconomical virtual reality headset that has the best of everything, and therefore its performance entices the users looking for the best bang for their bucks.

HTC Vive is a standalone VR headset that offers the authentic experiences of cutting-edge virtual reality and allows you to move freely in your specified play area instead of just sitting around.

The lightroom technology of HTC Valve will map out your landmarks, and you can easily walk into the preferred zone you wish for. This HTC Vive device is famous for its low latency and smooth graphics. Its customization and adaptability are worth investing in, and users can enjoy the breathtaking touch controls that are highly adaptable.

The VR world of HTC knows no bounds, and therefore users can immerse themselves in an ocean of VR games and other stuff due to its vast library of VR content.

Why is Finger tracking important for VR sets?

Finger tracking, or precisely hand tracking in the VR world, can control the position of your 3 D model inside the virtual world using your hands and fingers. In a simple world, finger tracking allows users to interact with the virtual; avatars just as they do in reality.

The finger tracking feature will precisely detect the hand gestures, and players will control the avatar to interact with other characters in the virtual realm.  The virtual characters can be capable of touch with each other.

Thus, finger tracking is a feature of immense capability. It will allow you to experience the actual virtual world that you ought to enjoy after spending a fortune in buying an HTC Vive headset.

Now that you are clear about the significance of finger tracking in the virtual world, it is time for you to know about the VR headsets that support finger tracking and find out the answer to your query: Does The Htc Vive Have Finger Tracking?

Hand and finger tracking is a premium feature, and not all VR headsets support this feature, particularly not to the same extent.

Many inexpensive devices miss out on this feature altogether. In contrast, some mid-range Virtual reality headsets have launched an inefficient finger tracking capacity that will poorly track the hand motions of the players.

If you are looking for cutting-edge finger tracking, you have to raise your budget beyond the $1000 range, and this is the bare minimum standard that no one can avoid.

HTC headsets fall in the category of this bare minimum standard, and therefore users can enjoy the premium finger tracking by investing a big gulp of their hard-earned fortune.

Does The Htc Vive Have Finger Tracking?  is no longer a query since HTC Vive, Cosmos, and Pro all support premium finger tracking by controlling the positioning of VR avatars.

One thought on “Does The HTC Vive Have Finger Tracking?”