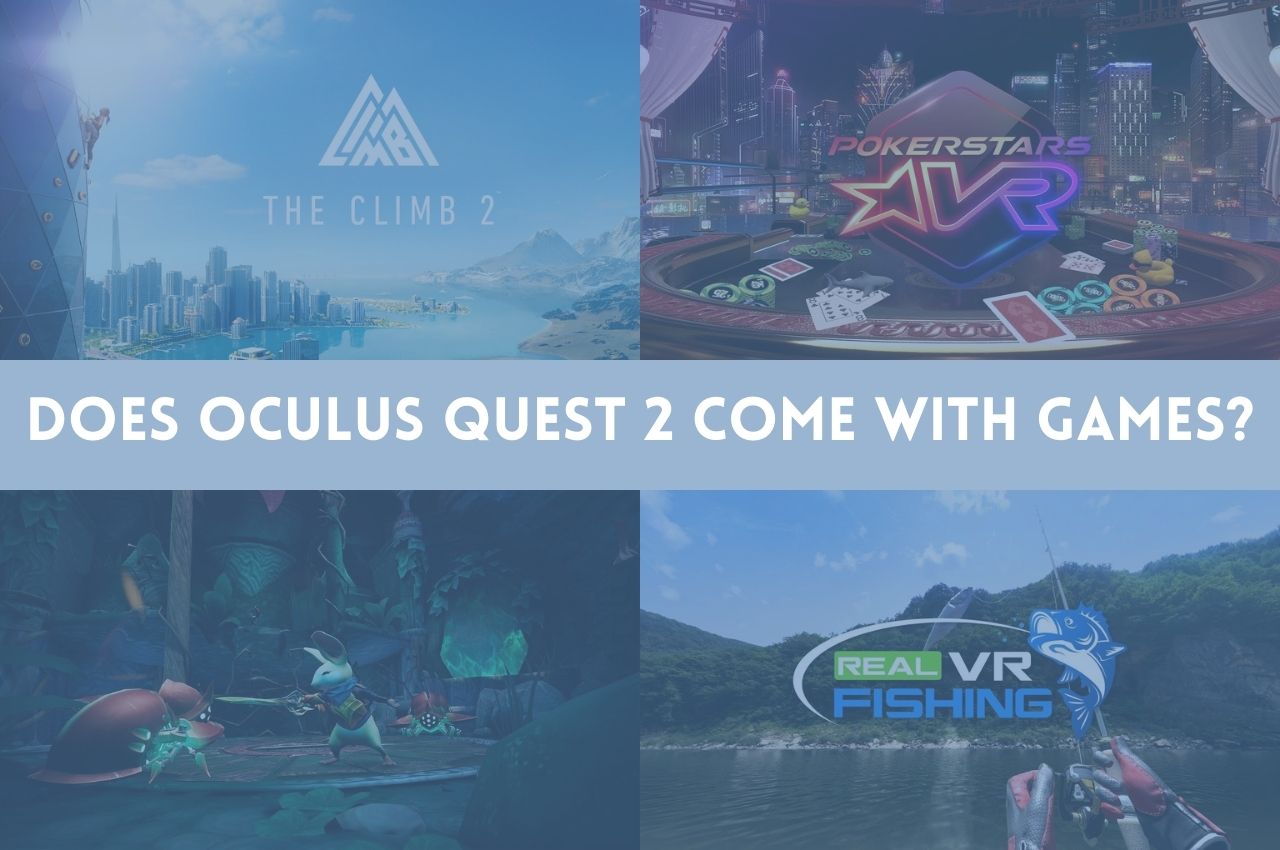 Gaming is indeed one of the major sources of entertainment all over the world. People, especially at a young age, are extremely enthusiastic about video games. In recent times, video games have not only attracted young people but adults have also started to show their interest in gaming.

People play their favourite games on different devices and consoles. Mobile phones, computers, Xbox and Playstation are the most common of them. These products are high in demand because they provide users with an extraordinary experience of gaming and ensure that the consumers can get the best out of these products.

PC and gaming consoles are ahead of any other device because of the immersed gaming experience that they provide. People enjoy and explore high-end games on these devices and use them as a source of entertainment and happiness. However, you cannot enjoy games in VR without connecting a VR headset.

Oculus recently launched its quest 2 after its first launch of quest back in 2019. Along with the introduction of quest 2, a big question has been raised in the minds of people. Does oculus quest 2 come with games? The answer is yes! Oculus Quest 2 does come with built-in games. To find out more, read the article till the end.

Does oculus 2 come with games?

Oculus quest 2 comes with some exciting games in it. It is a completely wireless headset that supports an extensive collection of games. The category includes action, adventure, simulation, and puzzle-solving.

Oculus quest 2 offers you games that do more than just providing entertainment. Games in oculus quest 2 can take you to the next world with VR technology.

Quest 2 games use VR mechanisms to deliver interactive gaming experiences that can’t be expected from other consoles like Xbox or PlayStation.

Finding out the best oculus quest 2 games depends on the genre of games you like to play. Less combat-filled games include beat saber which converts guitar hero to a virtual world. VR also lets you experience recreational activities being comfortable at your home.

Population: One is the exclusive VR battle royale game of oculus. It is a similar designed game to Fortnite which is quite known amongst gamers. You and your two other teammates will be thrown into a hostile environment to find weapons and supplies for survival. The last group standing would be the winner.

There’s a huge variety of guns and structures to use. It is quite impressive to see such a high-quality game run so smoothly on the device.

In Beat Saber, you have to match the color of your saber to slash the corresponding color blocks at a correct angle. In addition to the increasing speed of the game, hazards like bombs and walls will appear that you have to dodge physically. It is a wholesome experience that can only be enjoyed in virtual reality.

The Walking Dead: Saints and Sinners is the first single-player game included in quest 2. The game has a lengthy campaign, satisfying mechanics, and realistic environments to provide an immersive horror experience to the users.

You have to sneak and shoot your way through a zombie-filled New Orleans. Along with every choice you make, you have to face equally hefty consequences.

Sometimes you need a break from virtual violence and try something new. That’s where The Climb comes your way. Produced by the developers of Far Cry and Crysis, The climb is a stellar free-climbing simulator.

Different courses of the game provide a steep challenge and require the use of extraordinary gripping techniques. There are different paths around each ascent to explore different views of vistas and valleys. If you complete a climb, your rank increases, and you can purchase new gears.

This game is more enjoyable with friends. You can invite friends to explore and fish and have a better gameplay experience. Every player can customize his avatar, equipment, and level of difficulty.

Traveling from tropical coasts to city bays, dynamic weather provides you great immersion. Each fish you capture can be stored in your personalized aquarium. The collection and achievements make this game even more fun to play.

Pokerstars VR is a multiplayer casino simulation. This game is a virtual reality of poker where the players sit at the table and smoke virtual cigarettes and cigars. You can throw rubbers around, study, and observe your opponent’s behavior. Moreover, you can play poker and slot machines.

Moss is another fun game to play on your quest 2. In moss, you play the role of an observer who has abilities to interact with a fantasy world in which you help a small mouse on an adventure.

The game is about solving puzzles that allow you to move to the next level in the game. You have to run, climb, fight, and move large blocks and stones to clear your path. Play for a tiny mouse and solve interesting puzzles!

Oculus Quest 2 has a wide range of built-in games which offer users a next-generation gaming experience through virtual reality technology. It supports games that are of high definition and provide an exquisite gaming environment to the players.

The most exciting thing about oculus quest 2 is that it comes with built-in games and doesn’t require any PC to be connected to play games on the headset. Therefore it is a complete VR gaming package for the people who love playing video games in virtual reality!

With that being said, we hope that we efficiently answered your query.