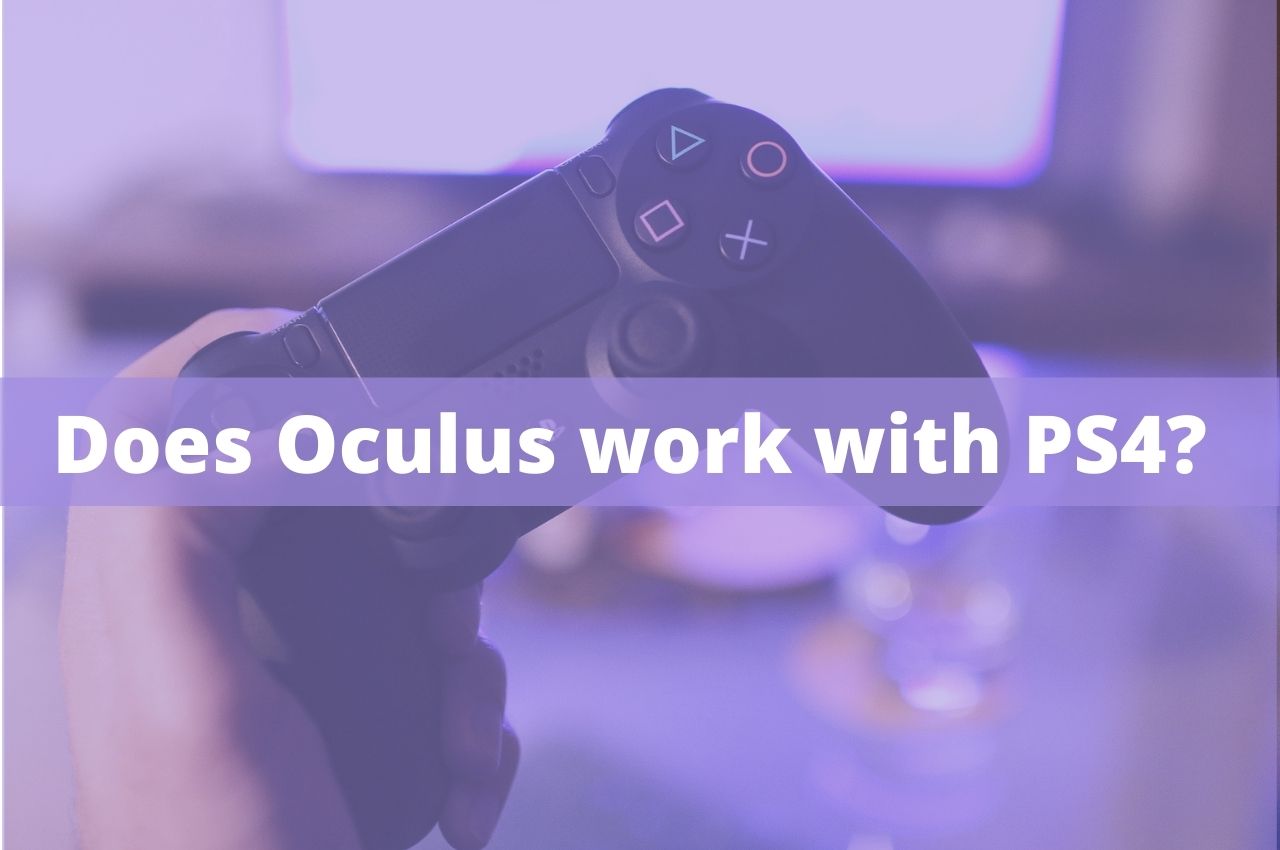 We are the generation that is born in the era of smartphones, technology, and science. In the modern world, most people love the idea of having upgraded versions of their gadgets and everything. From childhood to adulthood, the craziness level of individuals for smart devices increases tenfold in most cases. Those were the days when we thought that playing games is just Children’s play but in today’s society adults and young people are more fond of them.

PlayStation 4 is a gaming station that has some amazing features and games due to this it gained a lot of attention. As you know that PlayStation virtual reality headphones are also named PSVR connect with PS4 for a better experience and virtual reality details. Because of the multiple brands and products many why’s and how’s or what’s or if’s raised.

Some of you have any questions about oculus and ps4. And many of you have some confusion about the compatibility of oculus with ps4. Don’t worry we will give you the answers to your questions.

Some questions of your interest we pick and we are going to answer them one by one. Let’s discuss how Oculus works with PS4.

The first question is does oculus and ps4 have some compatibility?

The answer is no. Because oculus is used for pc or the gaming of PCVR and PSVR is used for gaming on PlayStation. The next question of your interest is, how much possibility is that if you connect oculus with ps4 through link cable? The answer is, it is good that the ps4 has USB ports but these are systems of software that both work on two different software and if your case connects the quest with the ps4 you will get nothing in return because software can not detect.

Understand from an example like if we have two cars both have gas engines but you cannot fit Mercedes into Ferrari because both work differently the same in the case of the oculus and PlayStation. But we cannot say anything about what the future holds. Maybe there is the possibility of it in the future but we can’t say anything about it now.

Read the article below for complete understanding because we discussed in detail the matter of your interest “Does the oculus work with PS4?. For guiding you and providing you some information as much as possible we did some research and bring this article for you

Does Oculus work with PS4?

The short answer is NO. Using an Oculus headset in place of a PSVR headset would not work. Because PS4 contains USB with 3.0 ports in extreme cases, you can connect the Oculus cable that links to the console but this will not grant you the result you expect.

Sony released some of the best console games and PlayStation 4 is one of them. PS4 also encourages VR gaming by connecting with PlayStation virtual reality headphones. But the problem that arises nowadays, is that PSVR was launched in 2016 and it is outdated and has less quality performance than the modern technology headsets of virtual reality that have some advanced features.

The line of Oculus like Oculus Quest 2 and other Oculus are examples of modern-day VR headsets and provides maximum efficiency at an affordable price.

As Oculus Link converts Quest in the form of a PCVR headphone, it depends on the PC and compatible software to produce all content, interpreting, tracking, and displacement of the motion controllers. Because of the total difference in the tracking, software’s and other features, it would be problematic to you.

There is a possibility to connect oculus with side apps that may support your connection with PS4. Now Oculus is planning to release its brand-new product to make an addition to the line of Oculus headsets, the product that they are focusing on is the Oculus Rift. But till now Oculus made headsets for PC only and the next one that might be possible is also for the Pcs. The PlayStation has a project called “Morpheus”, which upgrades the PS4 VR headset.

In the era of technology and advanced gaming systems and gadgets, youngsters are fond of them. With time, the brand released an upgraded version of their products for their customers. Not just this, as the people are attracted toward particular gadgets and devices that put pressure on the other brand or the company and vice versa.

As we discussed above the two systems one of them is oculus that has an android-based operating system and the other one is the PS4 that is also known as PlayStation 4 and it works on Orbis operating system. The two of them are different brands with different systems, software, hardware, etc. An

An individual who is into the different brand’s system like he has the PlayStation4 console and he has headsets of the Oculus then the question came into, does the oculus work with PS4?

So, for the answer to that question, we discussed in detail above so that proper knowledge and informative articles assist them in time of need. It is concluded that the two different systems working on two different software’s cannot work properly in case they are connected. Otherwise, oculus cannot connect with ps4. Oculus only works on PC and Ps4 only connects with PSVR.

One thought on “Does Oculus work with PS4?”