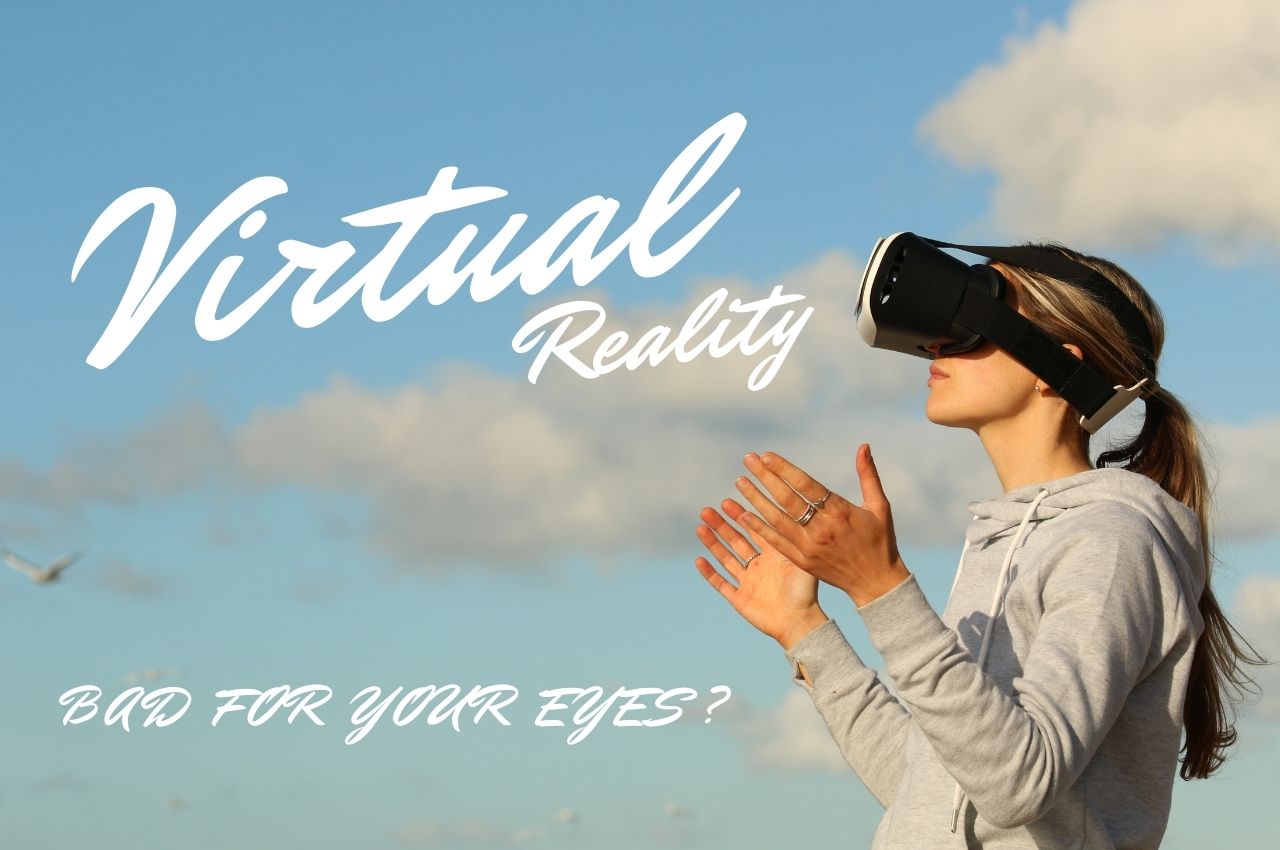 Virtual reality (VR) headset is comparatively new in technology and is getting popular day by day. But everything comes along with its specific benefits and drawbacks, the same goes for the VR headsets. They give you an immersive experience in games, movies, etc. but can have adverse effects under few circumstances.

This article is all about virtual reality and is truly answering the question is virtual reality bad for your eyes. Because this question often arises in people’s minds. So, keep reading the article below to be better known about VR headsets and their specifications.

First of all, let’s understand about virtual reality;

What is Virtual Reality?

Virtual Reality is a human creation or you can say that it is a simulated form experience, which is a quite new and advanced form of visual experiences. You can get similar as well as different (combination of both) visual experiences through them, as compared to the real world.

Virtual Reality can be used to get the most realistic visual experience. For instance, if we are watching something related to marine life, we’ll be feeling the water around us because of immersive visuals a visual reality headset forms, a truly amazing and deep-down experience.

VR headsets usually come along with two LCD monitor screens of small size, they are projected on both eyes (one screen for one eye). These screens create an effect (a stereotypic form effect) and give the person (who is using the VR headset) depth (illusion of depth).

The position of these monitor screens is very close to the eyes, as they are designed to get set at a maximum near the range of eyes. Virtual reality headset works by tracking your head movements around all (three) dimensions, then by getting stimulation forms the results.

At this point let’s move towards the main aspect of the article’s discussion that is virtual reality bad for your eyes? Or VR headsets have harmful effects on the eyes? Every coming point will elaborate the topic;

Is Virtual Reality Bad for Your Eyes?

Yes, Virtual Reality can be bad for your eyes. It can cause eye strains, fatigue, sickness & dizziness. VR headsets are not recommended for the children under the age of 12 because the eyes of children are still in progress or are not fully developed yet. So, VR headsets can cause damage to child’s eyes.

Although we can’t say that VR headsets are truly beneficial or 100% bad for you because research is still going on this topic. It is comparatively a new technology that’s why it is not a completely searched out topic.

As we know LCD monitor screens of a VR headset are designed to be projecting much closer to your eyes. And like every digital screen, this artificially designed screen can also be bad if consistently used. We have read so many drawbacks of the digital screen in case they are used for long hours continuously.

When we use virtual reality headsets for long hours you can start feeling fatigued as well as sometimes get eye strains. This is because under such usage period we blink less often and keep focusing without staying. Every body part needs rest, similarly eyes too. Also, the rays of the digital screenplay play a vital role under it.

This is another quite common adverse effect of virtual reality products. In real life when we keep moving our eyes to absorb different visuals, we get tired after some time. This is because the eyes absorb the image results by using the brain (transmitting signals).

3. People having some eye condition

This is another mostly asked or searched question. What are VR headsets that have adverse effects on different eye conditions? The answer is very simple, like other digital screens virtual reality screens can cause damage to diseased eyes, it doesn’t mean they can permanently damage the eyes.

People with eye conditions like Strabismus (which means the misaligned eyes form), Amblyopia (eyes visual strength’s imbalance), etc. may not fully get the charm of VR headsets. They can get headaches and fatigue earlier than others through the VR Headsets as their focus requires extra effort.

4. Age limitation or effects over children

As we know virtual headsets are artificially designed (man-made products) to get immersive visual experiences, that’s why their usage has certain limitations. The topmost limitation is its age restriction element, most VR Headsets are recommended for people over the age of twelve or thirteen.

This is because the eyes of children are still in progress or are not fully developed yet. And VR headsets use extra depth style, that’s why can cause damage to a child’s eyes (because they are too sensitive) like early myopia, so avoid them over small kids.

Despite the damages and drawbacks of the VR headsets, they are not way bad in usage. Especially coming designed products have better functioning criteria and try to save eyes from fatigue, etc. up to some extent. VR headsets have many benefits. Let’s have a look over them;

Benefits of the Virtual Reality Headsets

An interesting element of VR headsets that you should understand is that they were first designed to make the eye performance of few people stronger or to take the eyesight level up in patients. That’s why actual VR headsets (up to some extent) make our vision/eyes stronger.

This is because they maintain binocular vision. If you keep using the VR headset while keeping in mind the time limitations you’ll get better adapted to the digital screens. Plus, the immersive visual experience which a VR headset provides, can not be seen anywhere else.

The article above is truly answering the question, is virtual reality bad for your eyes. This reviewed article is based on unbiased information collected with responsibility. So, that you can rely on it completely and become able to make a suitable decision for yourself.

3 thoughts on “Is Virtual Reality Bad for Your Eyes?”