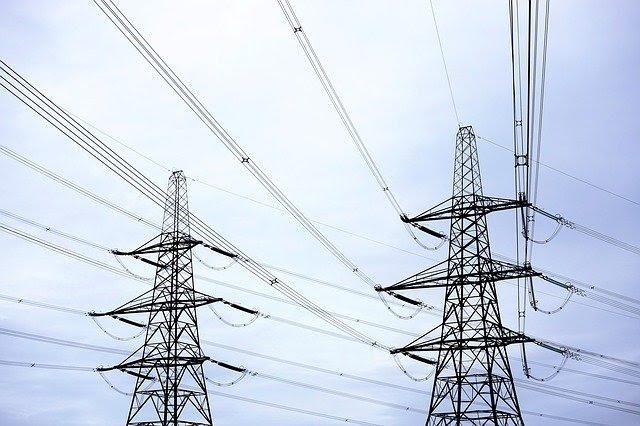 Electricity is one of the most important inventions in modern history. It powers our homes and businesses, and it is essential to many different industries such as manufacturing, transportation, and healthcare. Despite its importance to society today, it can be difficult to understand how electricity actually works. This article will explore the basics of electrical power distribution in hopes that you will become a knowledgeable member of society!

The Basics of Electrical Power Distribution

Electricity is the flow of energy that takes place in a closed circuit. Most often, this means electricity will take place in a wire. The force that causes electricity to move is called electromotive force, which generates the electric current within the wire; an amount of voltage (measured in volts) can be used to determine how much current will flow through the circuit. Electrons are responsible for carrying electrical currents, which start at positive charges and end at negative charges following what is called an electron path. The movement of electrons through wires allows electricity to power everything from your computer to your lightbulbs.

Reclosers are used to automatically restart power when there is a fault in the electrical grid. They are installed in series with the feeder system of underground distribution lines. These devices are designed to protect against short circuits and other events that might interrupt service. This type of device works by sending an impulse through the line when it detects a fault, which is then detected by nearby voltages that control distribution equipment. This power surge will then cause all of the feeders that are located upstream of the recloser to rapidly relay their voltage downstream until they reach the faulty section of cable. In most cases, there are three components needed for an effective power distribution system, a generator, a transmission infrastructure, and a distribution infrastructure. Each of these components is required to distribute energy from a power plant to a user.

When it comes to generating power, there are three basic types of generators, these are kinetic energy, thermal, and chemical. Kinetic energy is used in hydro plants to create electricity through the movement of water after being dropped on turbines. Thermal plants are generally powered by coal or natural gas, while chemical plants use a process that creates steam at very high temperatures, which can then be used to generate electricity. All three types of power plants rely on their own type of fuel source in order to produce electricity for distribution through electrical lines.

One thing that all generators have in common is they harness potential energy, meaning their initial state has no current passing through them, but they contain the possibility of doing so with little effort applied. This is why generators are often described as being “grounded”.

Generators produce alternating current (AC) instead of direct current (DC). The frequency of the AC produced by a generator is based on the number of times the magnetic field within it spins in one second. Different countries use different frequencies for their power grids because 60 Hz was determined to be ideal for most uses during the early days of electricity distribution.

Because generators produce more energy than they need or put simply because storing all that extra power would be cumbersome and expensive, this excess power must be transmitted over long distances until it reaches its destination. This means that an electrical grid is needed in order to transmit the energy across the land where people will then use it.

The main purpose of transmission infrastructure is to transport large amounts of power from generators in high voltage lines over long distances so that it can be distributed closer to its destination. This often takes place in the form of alternating current, although the direct current is sometimes used in cases where there are isolated power grids. High voltage transmission lines are used because they allow for efficient energy transfer while being capable of withstanding dangerous conditions that may harm wildlife or humans.

Direct current (DC) electricity use varies depending on location because it can be used in areas that require isolated power grids (e.g., trains and planes). For this reason, DC transmission lines are widely used to distribute energy from large-scale power plants to these isolated networks. As an example, Amtrak’s high-speed Acela train uses 25 KV electrification for its overhead structures.

Alternating current (AC) is the electricity we all know and use daily because it travels through wires more easily than direct current. AC has the benefit of being able to travel over long distances without resistance or losing too much voltage. This is possible because AC power can be increased or decreased easily using transformers that connect incoming and outgoing lines together along the grid. Due to how simple it is to adjust the voltage of AC power, even small sources can be used for this type of transmission.

A transformer is able to increase or decrease the voltage in order for electricity to travel greater distances by transforming one alternating current into another through electromagnetic induction. Transformers work because there are two coils, one primary and one secondary, with differing inductances inside them, which creates opposing voltages and currents.

Because the alternating current is produced by generators that spin, the windings inside a transformer must be carefully engineered to operate efficiently. To do this, the windings of each coil are made from insulated material so that they can effectively transmit an electric charge while also working to avoid short circuits. The key behind making transformers function properly in a power grid is to make sure the number of coils in each transformer matches up with one another in number and size. If there is a mismatch between the two coils, energy losses will occur, which decreases how much electricity is distributed across a system.

Losses caused by resistance when AC travels through wires result from how quickly it changes from a positive voltage to a negative one, or vice versa. In order to reduce AC power losses, there are many different techniques used across power grids around the world. One example of this is by converting AC to DC before traveling very far from where it was generated. Another way of reducing power losses from AC transmission lines is by laying them underground because they have the lowest resistance when traveling through the environment compared to other types of wires.

Electricity is one of the most important inventions in modern history. It powers homes and businesses, with enormous benefits to society. However, understanding how electricity actually functions can be difficult at times because it’s a complex concept with many moving parts. This blog post has explored some of these basics so that you may become more knowledgeable about this essential industry!