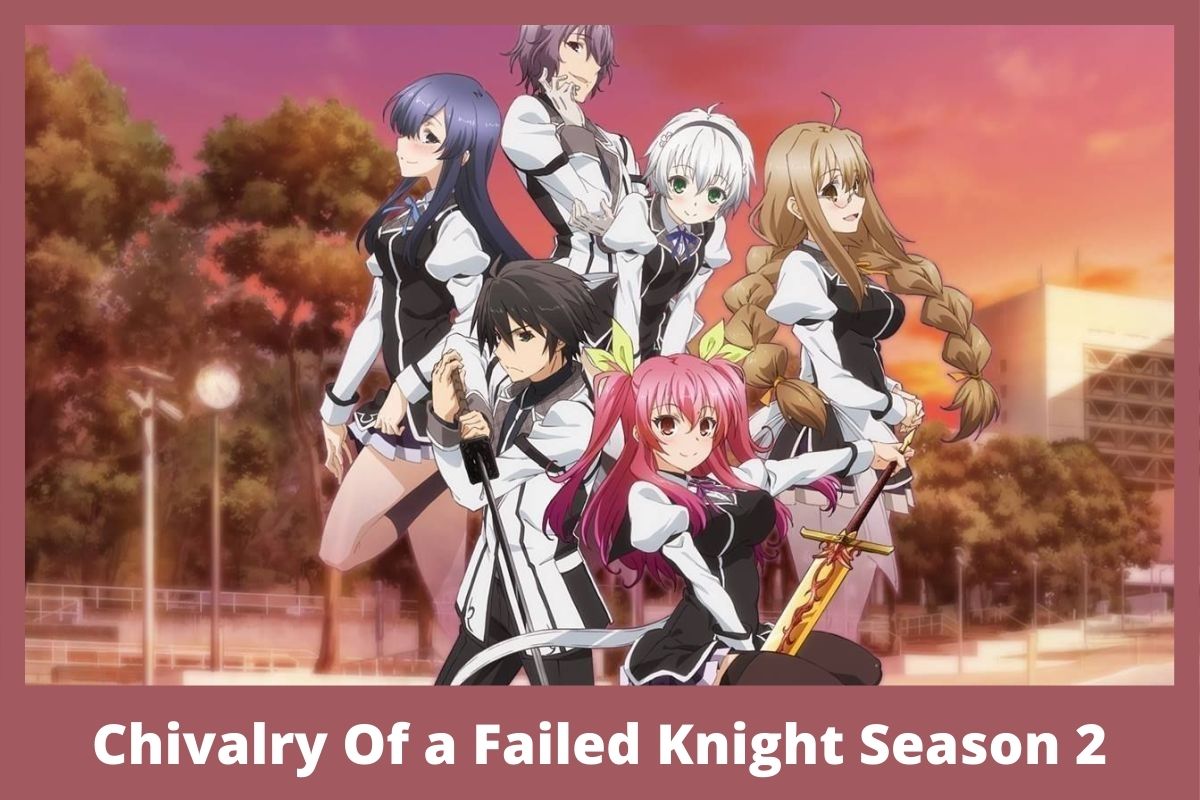 The first season of this anime was well-adored and loved by fans all around the world. Rumors suggest that a second season is just around the corner.

Anime has always been a fan favorite. The majority of show watchers love the following anime series because of their amazing animation, story, plot, character development, graphics, dialogues, visuals, music, and so much more.

That being said, ‘Chivalry of a Failed Knight’ is one anime that has successfully mixed all the genres very well, and also provided the viewers with some really hilarious moments to keep them hooked throughout.

Japanese people refer to this anime as Rakudai Kishi no Kyabarurii. It is based on a light novel series by Riku Misora and is depicted by Won. After some time, this novel was taken by anime creators. Silver Link and Nexus are the ones who adapted this into an anime, and the season premiered for the first time in 2015. The first season started in October and ended in December of 2015. Anime enthusiasts fell in love with the series, and ever since the first season finished, people have been yearning for the second renewal.

Storyline of ‘Chivalry Of a Failed Knight’

This popular show revolves around a fantasy world where humans have superpowers and abilities. However, not all humans possess these unusual abilities. Those who do are called ‘Blazers’, in the English Dub. Blazers are shown to have great powers, and they use this prowess to summon special weapons called ‘Devices,’ that depict their souls. Blazers are very rare in the world, and they are rated depending on their skill level in martial arts and magical abilities. So, the ones who are rated as the best are those who have earned respect after great struggle, and they care called Knights.

Kurogane Ikki is one of the main characters in the show, who appears in the latter part of the season. Kurogane is a usual high school student, who was never able to reach the level of a knight. He continually failed to become a good blazer. Apart from this, Kurogane was so bad at what he did that he became famous for his useless abilities and powers. However, events start to take a turn for him when he gets in touch with the half-naked princess named Stella Vermillion, and this meeting takes them to a due.

At some time, Stella Vermillion took part in the Grand Seven Star Tournament of the Knights. All the most renowned knights from around the world become a part of this tournament. They fight to get to the top spot and earn respect. As for Ikki Kurogane and Stella, this is nothing short of a dream, and now Kurogane is doing all he can to prove that he is not worthless. In order to achieve success, he has to get rid of all the negativity and grow above the perceptions people have built for him. He needs to have a great amount of faith and belief to make it to the top spot.

Cast of Chivalry Of a Failed Knight Season 2

An unusual yet extraordinarily amazing thing about the characters of this show is that there are 2-tier supporting roles. All of them have a different side. Despite the fact that it’s anime, and everyone knows the show is fiction, but the struggle, difficulties, and problems the characters encounter in the show are very much relatable. Moreover, there’s great chemistry between the characters. The show is full of heart-touching and deep-meaning scenes that have touched the hearts of viewers all around the world.

The first season came out in October 2015 and had a total of 12 episodes. Anime fans were full of appreciation and positive feedback for the first season. It was so good that people immediately wanted the second season to premiere soon. Some rumors came out suggesting that the second season will premiere in 2017, while others claimed that the production will be finished by the end of 2018.

However, even today in 2021, we have no authentic information about the second installment. That being said, there are certain factors that have kept our hopes alive for the second renewal. The official websites of Silver Link and Nexus have been showing teasers of something ‘Special’ coming up very soon. We can all expect the date for the second season to be announced sometime in 2021.

We can expect that the creators of the show are going to follow what was in the light novels. Chivalry of a Failed Knight season 2 might depict the scenes written in the 3 or 4 volumes of the light novel. People are of the opinion that season 2 will be all about Ikki’s rise to power as he’ll come across some very devastating challenges in his journey. Moreover, there will be a triangular fight between Ikki, Stella, and her sister Shizuku.

People are expecting great changes in the Hagun Academy because Ryoma Kurogane, the great grandfather of Ikki will take charge in helping Ikki become strong.

The conflicts between Ikki and his other family members will have Kurono land in trouble. Kurono has been an important part in Ikki’s rise to success, whereas Stella’s father would be seen helping out Ikki and Stella in their journey. Her father is an emperor in this series.

On the other hand, Shizuku will be working on other plans, ensuring that she gets heard and that hell breaks loose.

The end of the upcoming season will reveal the fate of Ikki. There will be a lot of twists in the plot.

5 thoughts on “Chivalry Of a Failed Knight Season 2 – Release Date, Cast and Plot”