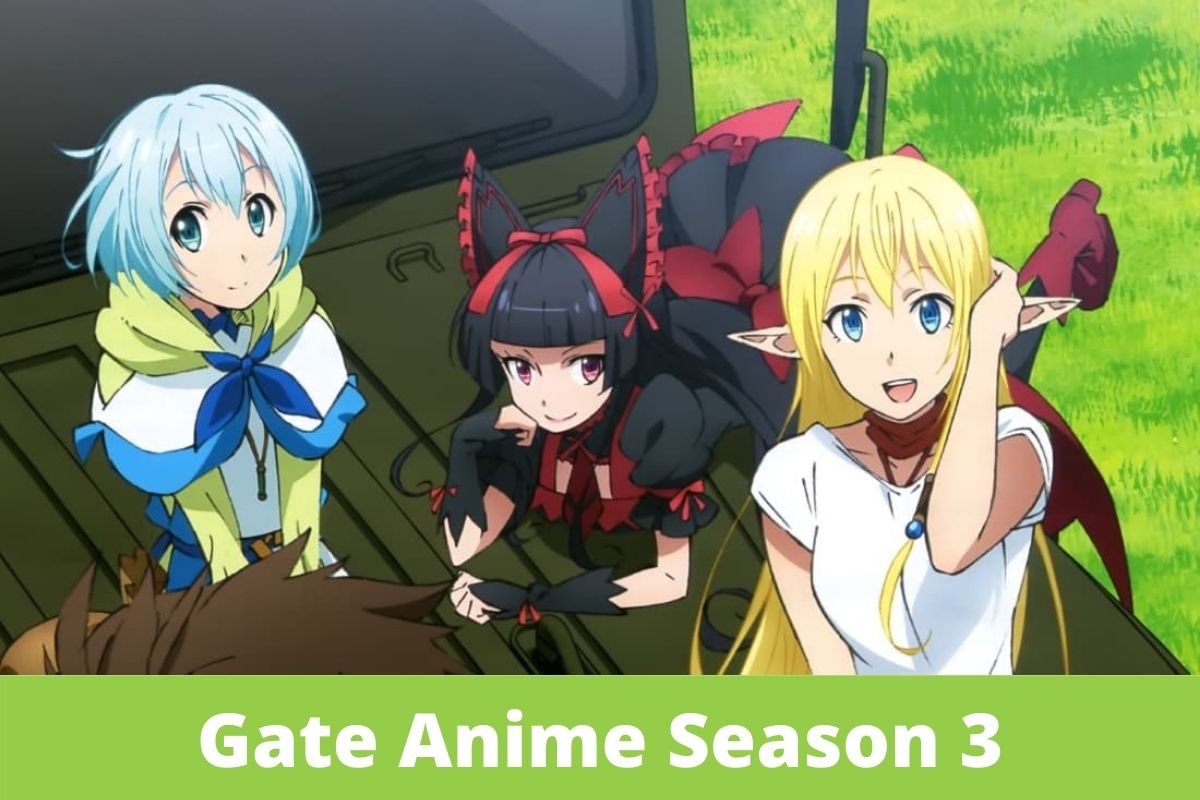 Takumi Yanai’s favorite novel series ‘Gate’ has been illustrated by Daisuke Izuka and Kurojishi. This anime was created on the basis of a novel distribution platform Arcadia from 2006 to 2009. Later this platform was taken over by AlphaPolis in 2010.

In July 2011, Satoru Sao started the manga transition, and this series premiered in 2015 for the first time. The first part of Gate anime broadcasted between July and September of 2015, while the second season came about in January, 2016 and ended in March of the same year.

‘Gate’ is referred to as Jieitai Kanochi nite, Kaku Tatakaeri in the Japanese language. This popular anime series is based on a manga. The novels from where this story has been extracted were written by Takumi Yanai. The series was adapted into a manga series made by Satoru Sao, and ever since then, the three-part manga series have entirely demonstrated the original. The show gained great popularity, and anime lovers all around the world are curious to learn about the release of the new season.

The first season of Gate premiered five years ago, right after the publication of the light-novel series. The show quickly positioned itself as a fan-favorite. Due to high demand and great fame the show received, the second season was released just after a year, in January 2016. At this point, fans are yearning to learn about what developments have been made regarding the third season.

What is The Plot Of ‘Gate’?

The show is a great amalgamation of reality and fantasy. It shows that a portal from another world suddenly opened up one day in Tokyo, where people were living quite peacefully. Through this portal, several ferocious warriors and beasts arrived in Japan and they started assaulting the planet Earth. Meanwhile, Japan is of the view that it would be a great challenge to prevent intruders who instantly changed Ginza into a flashpoint.

Immediately after this event, the Japanese army and self-defense forces take action as they fight against these intruders, sending them back to where they came from. Once they finally pushed all the creatures out, the self-defense forces capitalize on the opportunity to build a forward working base (FOB) on the opposite side of the Gate. This is done so that they have ample time to prepare for defense, should the intruders come back next time.

The entire show revolves around a 33-year old man, Youji Itami, who is selected to be a part of the Japanese Self-Defense force team. Youji is made part of the highly skilled observation group at the opposite side, called the Special Area.

Even though Youji had to constantly remain indulged in fighting and went through several assaults while looking after the Special Area, he along with his party started to support the ordinary citizens on a large scale, which also included Princess Pina Co Lada. Youji and his team supported these people against the dangerous mythical beasts and a group of raiders. Due to their relentless efforts and extreme bravery, Youji’s team and the Japanese Self-Defense Forces quickly won the confidence of the people.

At first, Youji seemed to have everything under his control. However, when he deals with crown Prince Zorzal, things take the wrong turn. These issues forced Youji to take control of the Special Region’s army and there he decided to take revenge against Japan. Youji starts to kill the locals. He disguised himself and his team as Japanese locals, and brought their wrath upon the local citizens. Youji also started inciting the locals and made efforts to turn every person against Japan.

Despite all of this, the Japanese power remains strong and they direct all their efforts to rescue Princess Pina Co Lada, Emperor Molt Sol Augustus, and Imperial Capital war representatives. The big challenge for the Japanese Self-Defense Forces is to tackle Prince Zorzal and the Gate; which is the link between Earth and the other dimension.

Main Characters Of The Show

Youji Itami: The protagonist of the show. Youji successfully saves hundreds of people during the attack on Ginza, for which he gets promoted to the rank of Lieutenant and gets tasked to investigate the world on the opposite side of the gate. He is a very experienced JSDF soldier. Youji is shown as a very honest and compassionate soldier who remains calm in problematic situations.

Pina Co Lada: She’s a 19-year old princess from the Empire that rules the world. She’s third in the line of succession to the throne, and she remains dedicated to the welfare of the empire. Pina appears as a very inexperienced teenager, but soon she becomes mature when faced with the realities of political life. Pina knows that a war with Japan will only bring severe devastation and therefore she makes efforts to bring peace. After she was rescued from Zorzal’s clutches, she became the Crown Princess by Emperor Molt, and later she fell in love with Itami.

Tuka Luna Marceau: the 165-year old high elf, becomes an orphan when her father sacrificed himself to save her when their village was attacked by a Flame Dragon. Ever since then, she has remained with Itami and his army. Tuka was emotionally disturbed after the demise of her father, and eventually she became insane. This led her to view Itami as her lost father.

Lelei La Lelena: This 15-year old witch came from the other world. She was a member of the Rurudo nomad tribe, and was taught by a very senior sorcerer. This sorcerer was known for her platinum-blonde hair and lack of emotions. She believes Itami is her rightful husband, after Itami had to unwillingly fulfill an ancient custom, where he had to spend three straight nights with her in the same room.

When Should We Expect the Third Season?

The show brought an extremely intriguing blend of fantasy and thrill. The main question every anime fan asks is, will Gate season 3 ever happen?

The anime series Gate was broken into two parts; the first block consisted of 12 episodes that premiered in 2015, whereas the second block came around in 2016.

The producers of the show are yet to announce the official release date for the third season. Just like we see all other anime show producers taking a long break before they release a new season, the same is happening with ‘Gate’. The producers of this anime, A-1 Pictures are often seen giving extended breaks in all of their shows. For instance, their own Blue Exorcist had a long 6 year break between the first and second seasons. In the case of Blue Exorcist, the studio was dependent on Manga to develop sufficient material that could be adapted. However, with Gate, the situation is different as there is ample content to work with.

The release date for the third season hasn’t been announced. That being said, if we are to expect another series, it might come after 2021, as A-1 studios have a lot on their plate at the moment. They are busy with other projects like Sword Art Online, which is why we believe the third part of Gate might take some time.

New Characters Likely To Be Seen In Gate 3

Gate initially came as a self-published web novel series. Later on it was adapted by a renowned publisher. The anime series has almost covered the first half of the novels, but the third part is expected to cover the other part of the story. The famous Weigh Anchor novels of Gate focus on the Japan Maritime Self-Defense Forces rather than the JSDF, and we are most likely to see this in the 3rd season of the anime. The Weight Anchor novels were published 4 years after the Gate was closed for the other dimension. In these new novels, the writer has mentioned how Japan sends the Japan Maritime Self-Defense Forces (JMSDF) when the gate re-opens, to discover the other side.

The novels are extremely interesting. One very intriguing detail mentioned in the novel is that a certain portal mistakenly opens up which paves way to the Xenomorph homeworld, where the beats will start their assaults on the Special Region. Anime lovers and reviewers believe that A-1 Pictures just might secure a deal to take elements from the Alien franchise for the third season of Gate. However, this is hard to happen, unless Disney is in the mood to bring great adventure and action for the viewers.