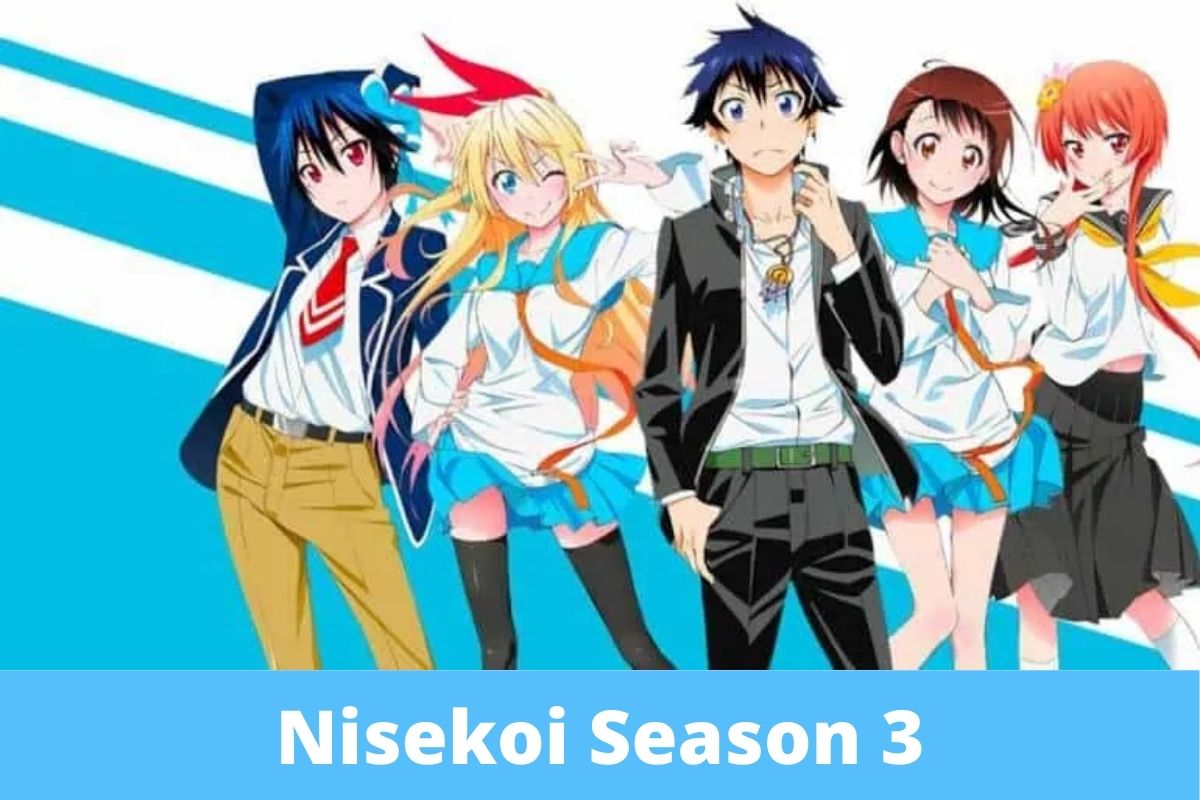 Japan has produced a rich profusion of amazing anime series in the last decades, and all of them have been widely adored and loved by viewers across the world. Among some of the most prominent anime shows, Nisekoi has earned a top spot. The series has produced two seasons as of yet, and now fans have been waiting for the third season. Here we have mentioned everything you need to know about the upcoming season of Nisekoi.

The series is a great combination of comedy and romance that keeps all viewers hooked. This anime series is based on the Shonen Manga series of the same name, which was made by Naoshi Komi. The Manga series was published back in 2011, November, and it received colossal admiration from anime manga readers all around the world.

Some years later, this popular manga series was picked up to make an anime TV series, and the first season came out on January 11, 2014. The manga adaptation was done so beautifully that it wasn’t just loved by manga readers, but also new viewers who had no connection with the manga. The widespread admiration for the first season led to the second renewal. Season 2 then premiered in April 2015, and ever since then, fans have been yearning for the third installment.

Plot Of The Show

Nisekoi features high school students; the main character is Raku Ichijo, the son of a leader in the Yakuza faction Shuei-gumi. The other one is Chitoge Kirisaki, who is the daughter of the leader in the rival party, known as Beehive. Both of them cross each other’s paths when Chitoge crosses a wall and hits Raku’s face with her knee. She runs off as Raku chases her, but during this pursuit, Raku realizes that his locket is lost.

This locket was very precious to him because it was gifted to him by his childhood sweetheart, with whom he made a secret promise. Sometime after this event, Raku finds out that Chitoge has recently transferred to his class. Raku then forces her to help him find the locket, and during this search, their dislike for each other keeps on growing.

Raku returns home, and there he learns that Shuei-gumi and Beehive gangs have ended their long feud as they reached an agreement by pairing the children of the leaders. At this point, Raku also learns that Chitoge is his potential girlfriend. They have to pretend that they’re dating for the next three years in order to maintain peace between the groups.

This will be a very difficult task to achieve for several reasons; firstly, they both hate each other, and also because Raku loves another schoolmate, Kosaki Onodera, whom he wished to be the girl to keep his locket. Over the course of two seasons, several developments take place, and the complications grow. One issue comes with the appearance of Chitoge’s over-protective bodyguard, who’s a female, and she claims to be the fiancée of Raku. This bodyguard also has multiple keys. Moreover, Yui Kanakura, the newly elected leader of the Char Siu Mafia and Raku’s childhood, also claims to be the fiancée of Raku and has another key to the locket.

Raku goes through a plethora of adventures and events with all the girls, and during this process, he realizes that he has fallen in love with Chitoge and Kosaki. Chitoge gets to know that Raku and Kosaki have had mutual likeness for each other ever since they were in middle school, where she tries and offers her full support for their relationship by leaving Japan. Raku goes on to look for Chitoge, and during this search, they come to know about the book that explains the story of the keys that will aid them to recall all the events that happened a decade ago.

When Did We Last Hear About Nisekoi’s Renewal?

The last time we got something from the Nisekoi’s franchise was when the Japanese live-action rendition ‘Nisekoi: False Love’ aired. The movie was released on December 2, 2018, directed by Hayato Kawai. The movie followed the exact storyline as the manga and series. The live-action movie received mixed reviews from people all around the world. However, this movie release also brought good news for the fans; people started hoping that the Nisekoi season 3 may be in the pipeline. Although the film got heavy criticism from some experts, the action films did pretty well with its release, as it hit more than 290 theatres.

When Should We Expect The Third Season?

Though the movie could not live up to the expectations, it did impress fans and filled them with hope for the third season of the TV show. The Shaft Studio, producers of Nisekoi, have been quite busy recently; they have made a lot of anime after the release of Nisekoi season 2. ‘Magia Record: Puella Magi Madoka Magica Side Story’ was released by the same studio recently, and some other seasons are also about to be released during 2021. Unfortunately, the list of upcoming anime does not include Nisekoi Season 3.

That being said, fans of Nisekoi are still hopeful that Shaft will bring the third part of the series since the show has been one of the most successful works of the studio.

Shaft Studio and all the relevant parties haven’t released any concrete information about the new season as of yet. However, an important thing to be noted here is that the Manga has 25 volumes, which comprise 229 chapters. Creators have ample material to bring more than one season. Despite the fact that we don’t have any strong information about the third season, nor the release date, we are still hopeful that the Studio will bring out the third part in 2022.

Anime lovers are expecting to see Ichigo fall in love with Kirisaki since their bonding and relationship is something the fans have been desperate to see. Other theories about the 3rd season tell that we might see Yui Nee coming into the limelight again, and she might confess her feelings for Raku.

One thought on “Nisekoi Season 3: How Much Do We Know So Far”