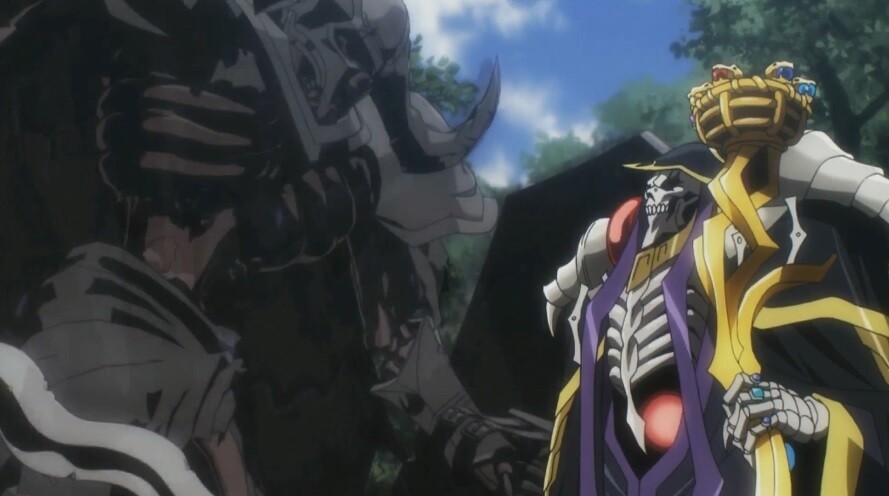 Overlord season 4’s release, fan search for that one answer that rings in the air these days?

Overlord is a masterpiece when it comes to attention-grabbing episodes and extraordinary plots. So why did such an overwhelming anime not greenlight for its next season? This article will help you in knowing the current status and the probability of the series to be renewed for its fourth season.

Two years since the fantasy series concluded back in 2018, although manga and anime fans are used to long hiatus. However, the eerie silence which envelopes the next sequel is worrying the fans to prepare for cancellation news.

THE MYSTERY OF NEW SEASON

Without season 4 in action, we will never find out if Aniz will conquer Yggdrasil’s whole world or is there someone behind the curtains waiting to reveal himself. Now without the television adaption, there is only one possible way to find that out. The light novels.

They may tell you what happens next, but simply knowing the destiny of characters won’t quench the insatiable thirst of the TV adaption. Where there are mysteries there are miseries! The release of season 4 of this series is such a mystery. We will untie the knot using some analytical shreds of evidence.

Now there can be many approaches. However, we will go through the analysis using some science, and let’s see what we conclude. Keep reading!

The source material of Overlord is light novels. So now, first things first we need to see what is the current state of light novels. If the story is ending in books then that could damage the recommencing chances of the series.

Next thing. How many books are used? It may be possible that the adaption of the last three seasons used up the highest percentage of light novel story and there isn’t much left for a new sequel.  But fear not, there is a silver lining.

There are 14 light novels released in Japan. The previous seasons used the first nine volumes. There is a fair chance the story will begin from the tenth volume. As long as books are going on, there is a good chance that the series will reappear.

Kugane Maruyama, the author of the series also revealed that he plans to finish the series with book 17. We have enough material to hit up a new sequel.

Let’s take a close look at the sales percentage of different elements of the series. Sales of elements are proportional to renewal. The likes social media, official website, google trends, and of course, the merchandise.

According to google trends, the third season of the series is the most popular so far. Commonly the sequels fail to retain their pilot season popularity but this is exceptional!

Light novels of the series have unwavering fans and purchase rates. As of April 2018, the manga and light novels combined had over 7 million copies in print. The popularity of season 3 is astonishing.

Merchandise is also a benchmark of the fashionableness of series. Recently three new figures have been announced. Keychains, T-shirts, Bedsheets, and non-medical Masks are also trending.

The prodigious animated characters are reborn with the voice of actors behind. Here are some characters which you wouldn’t want to miss out on in Season 4.

Demiurge is a demon with dark skin and neatly combed black hair. 1.8 meters of height and wearing a British suit. Behind his back is a long metallic silver tail. As an evil species, considered to be the cruelest member in Nazarick. He enjoys the agony of other races but has a genuine kindness for his fellow residents of Nazarick.

Shalltear is described as a flirtatious personality and at the same time, entirely innocent about certain things. Being a vampire, she is too proud with zero patience when things go as planned. Her loyalty towards Ainz is unquestionable. Also infatuated with her boss.

Mare has a hesitant personality, opposite to his sister Aura. Due to his girlish appearance and shyness and often mistaken for a girl. However, timid he becomes militant when someone tries to take over his territory. He likes collecting plant species and dislikes conversing with other Nazarick tenants for too long.

As we all know, the sequel of fantasy anime Overlord was supposed to hit the TV screen in 2020. Like so many other shows the making schedule of Overlord also fell prey to global pandemic prevalence. But there is thrilling news for all the loyal fans.

Despite the postponement, the makers of the series have hinted that they will unhand the series in 2021. Although the exact date of airing is in doubt, it is sure that this series will be renewed and it will be with us soon!

The release is not likely to happen in 2020 as it is kind of impossible at this time. The series takes its aviation in 2021. Seeing the growing hype of Overlord on Social Media the producers are likely to come up with a trailer soon. And it is plausible that the storylines resume from where it dropped off. The next season may include the demise of Frost Dragons which appeared out of thin air in the last season.

Also, the past seasons have been a blast and highly admired by the audience; it is dubious that they will cancel the season. But since there has been no official indication as to when the series will air these are all mere assumptions. As being true-hearted fans, we are to wait for the official announcement regarding the future of the series.

Till then, the wait is a pain to endure.